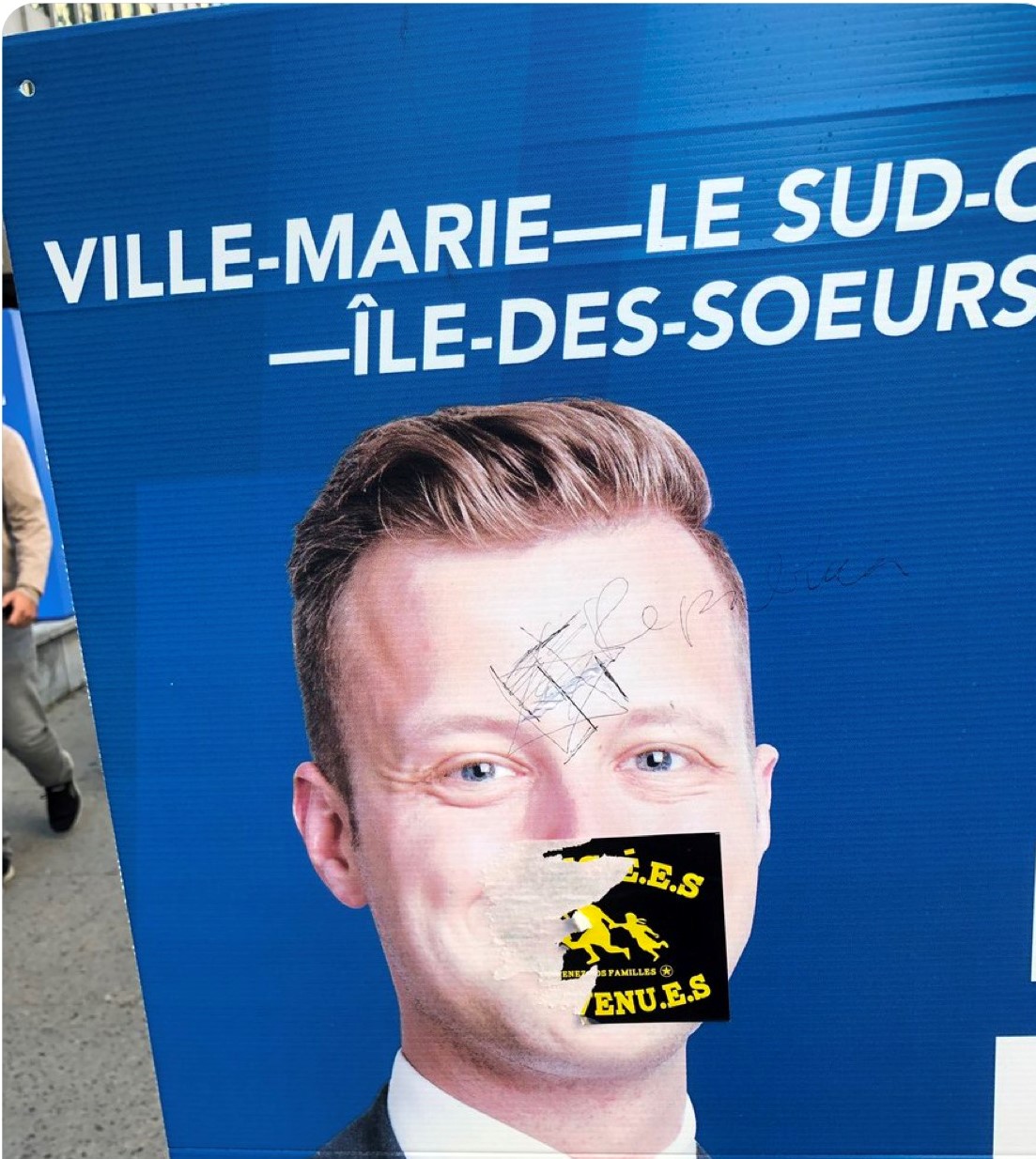 One of the campaign signs vandalized with a swastika (Twitter)

September 17, 2019
B'nai Brith Canada
TORONTO – B'nai Brith Canada condemns the rash of antisemitic vandalism against election-campaign signs and billboards across the country during the past several days.

Every federal election year, campaign signs and billboards of all parties are vandalized with antisemitic slogans, swastikas, and other hate-filled messages and propaganda. This year, however, there has been a conspicuous spike in incidents of this nature.

In the past several days, there have been signs from British Columbia to New Brunswick defaced with virulently antisemitic and threatening messages, including swastikas, aimed at various candidates from several different political parties. Liberal, Conservative, and NDP candidates have all been affected by the vandalism. We have seen similar vandalism increases in recent provincial elections across Canada, as well.

"There can be no tolerance for such vandalism in Canada," said Michael Mostyn, Chief Executive Officer of B'nai Brith Canada. "We denounce and condemn this unacceptable behavior in the strongest of terms. We urge anyone with information about these incidents to reach out to law enforcement and contact our anti-hate hotline at 1-800-892-2624 or at league@bnaibrith.ca."

Two Montreal-area campaigns have filed complaints regarding this matter. B'nai Brith will continue to work closely with police and those affected.