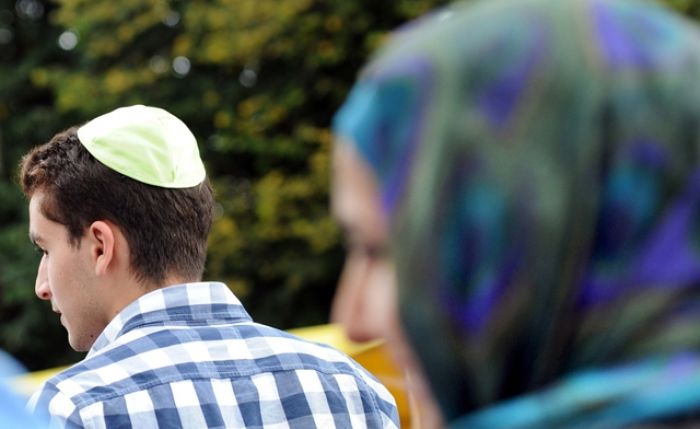 On Tuesday, shortly after winning a majority government in the Quebec provincial election, the CAQ confirmed it would introduce a “secularism law” that would prohibit public servants in positions of authority – including school teachers, police officers, and judges – from wearing religious symbols such as the Jewish kippah or Muslim hijab.

CAQ MNA Geneviève Guilbault, a spokesperson for the transition to government, said that if any employees refuse, they will either have to “move to another job that is not in an authority position” or leave the civil service.

Guilbault said only a “small proportion” of Quebec’s civil service will be affected by the new legislation.

The CAQ is also facing controversy over Legault’s proposed use of the ‘notwithstanding clause’ to override the Canadian Charter of Rights and Freedoms. "I think that the vast majority of Quebecers, they would like to have a framework where people in an authority position must not wear a religious sign," the Premier-elect said.

Harvey Levine, Quebec Regional Director of B’nai Brith Canada, said suggesting that public or authoritative figures must hide aspects of their religious beliefs is “at odds” with Canadian values.

“We are very concerned with the new Quebec government's statements regarding a ban on religious symbols displayed by government officials and displayed in public institutions,” Levine said. “We call on the CAQ to avoid the slippery slope of diminishing fundamental rights and work instead to secure religious liberties for all Quebecers.

“The banning of religious symbols, and the possible firing of public employees who freely express their religious beliefs, is an assault on the fundamental rights and freedoms of Quebecers.”

The League for Human Rights, B’nai Brith’s advocacy arm, is conveying its concerns to the new Quebec government regarding this threat to religious freedom affecting Jewish, Muslim, Sikh and all other visible religious groups in the province.