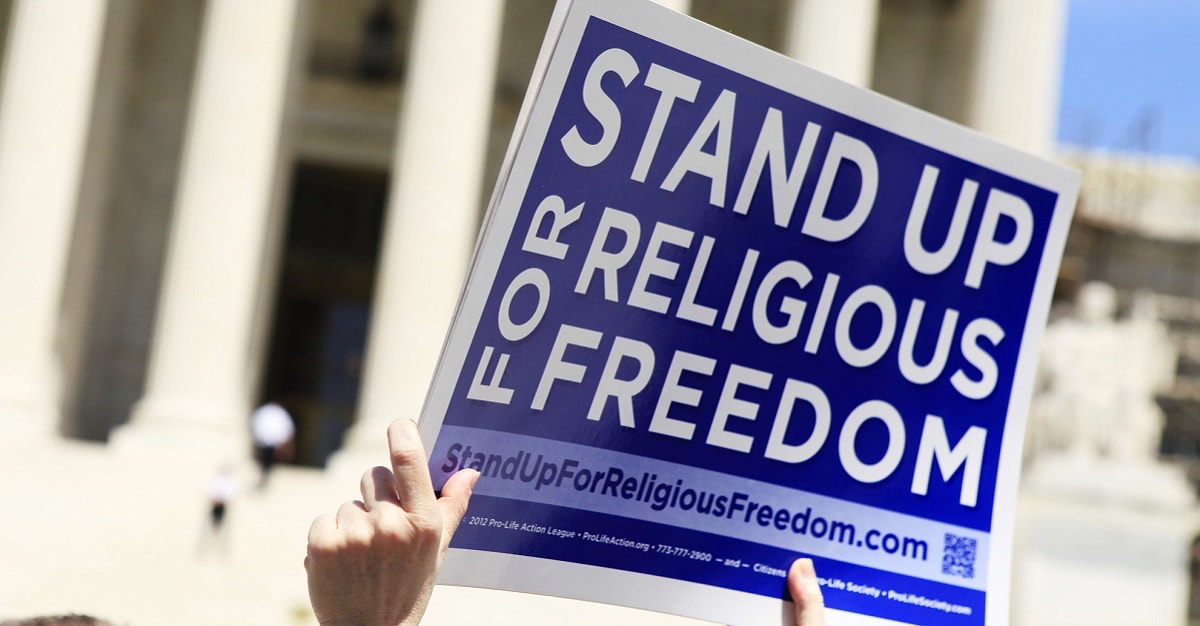 Religious freedom supporters hold up signs during a rally in Chicago

OTTAWA – With the U.S. State Department serving as host of the Ministerial to Advance Religious Freedom this week, B’nai Brith Canada has penned an open letter to Foreign Affairs Minister Chrystia Freeland asking Canada to restate its opposition to antisemitism and racism.

B’nai Brith also is encouraging other countries to take specific actions to address this challenge.

This will be the first ministerial conference in history to advance religious freedom globally. It will focus on formulating concrete outcomes to reassert the international community’s commitment to promoting religious freedom. It also offers Canada an opportunity to reaffirm its dedication to an objective shared by both B’nai Brith and the federal government – protecting and promoting the right to freedom of religion or belief.

For B’nai Brith, this includes the need to speak out against anti-Jewish hatred whenever and wherever it arises.

“Canada has long been at the forefront of the international battle against antisemitism, and we will continue to confront such challenges to freedom of religion or belief,” said Michael Mostyn, Chief Executive Officer of B’nai Brith Canada. “We wholeheartedly support Canada's efforts and see this ministerial meeting as an opportunity to showcase our leadership on this issue.”

B’nai Brith’s letter advocates for a number of steps that can be taken to combat the scourge of global antisemitism while also promoting and protecting religious freedom. Many of these are featured in B’nai Brith’s policy paper prepared for the G7 Summit in Charlevoix, Que. and in its Eight-Point Plan to Tackle Antisemitism.

B’nai Brith will continue to support Canada’s delegation in Washington, D.C., in the fight against antisemitism and commends its endeavours to support and promote the freedom of belief and religion.

antisemitism IHRA Chrystia Freeland Ministerial to Advance Religious Freedom
Published : Jul 23, 2018
Do you like this post?
Tweet
Have you experienced antisemitism, racism or discrimination? Report an Incident