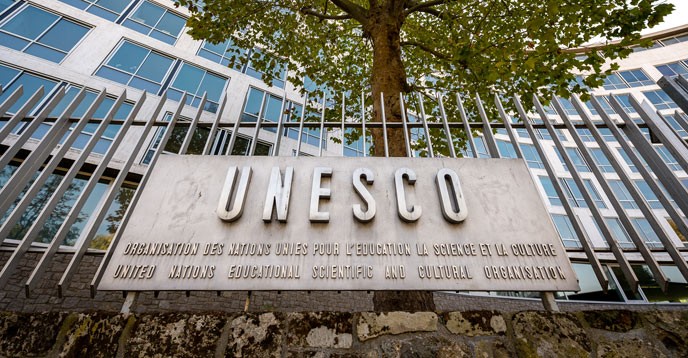 TORONTO – B’nai Brith Canada is supporting a new initiative to combat antisemitism from UNESCO and the Organization for Security and Co-operation in Europe’s (OSCE) Office for Democratic Institutions and Human Rights.

At the same time, B’nai Brith strongly urges UNESCO to reconsider politicized actions illustrating an anti-Israel bias, such as those that ignore the age-old Jewish connection to Jerusalem.

UNESCO must also not allow the divisive and politicized hijacking of its mission to protect world cultural heritage through, for example, the motion registering the biblical city of Hebron — including the Cave of the Patriarchs, revered as the burial place of Abraham and Sarah, Isaac and Rebecca, and Jacob and Leah — as a Palestinian heritage site endangered by Israel.

Earlier this month, UNESCO and the OSCE/ODIHR launched a new publication, Addressing Antisemitism Through Education – Guidelines for Policymakers, which suggests concrete ways for policy-makers to address antisemitism in and through education.

The new guidelines aim to make students more resilient to all forms of intolerance, discrimination and bigotry.

“B’nai Brith recognizes that this is as an important step in addressing the growing issue of global antisemitism since education is the most effective tool in combating modern-day Holocaust denial and obfuscation,” said Brian Herman, B’nai Brith Canada’s Director of Government Relations. “We see this is a hopeful sign under UNESCO’s new Director-General, Audrey Azoulay.

“However, if it is truly committed to ending the scourge of antisemitism that threatens our society, UNESCO must be reformed. It must amend its resolutions that deny the deep, historic Jewish connection to holy sites in Jerusalem and turn its back on actions that essentially demonize the Jewish state and betray UNESCO’s mission to protect education, science and culture. ”

In May of 2017, UNESCO adopted a resolution on “Occupied Palestine” indicating that Israel has no legal or historical rights to Jerusalem, which includes the Temple Mount, Judaism’s holiest site. The resolution states that, while Jerusalem is holy to the world’s three monotheistic faiths, the Temple Mount (known in Arabic as al-Aqsa) is sacred only to Muslims.

In July of 2017, UNESCO’s World Heritage Committee suggested that Hebron was a world heritage site placed in danger by Israel.

“By echoing and amplifying a sustained campaign to rewrite Judeo-Christian history, UNESCO is complicit in promoting incitement against Jews and Israelis,” said Michael Mostyn, B’nai Brith Canada’s Chief Executive Officer. “While introducing new educational tools to combat antisemitism is a welcome step, UNESCO must correct the egregious mistakes of its past if it wants to make a positive contribution to the future.”

Shortly after the resolution on Jerusalem was passed, the United States chose to withdraw from UNESCO, citing anti-Israel bias as a cause for concern. Israel followed suit shortly afterwards.