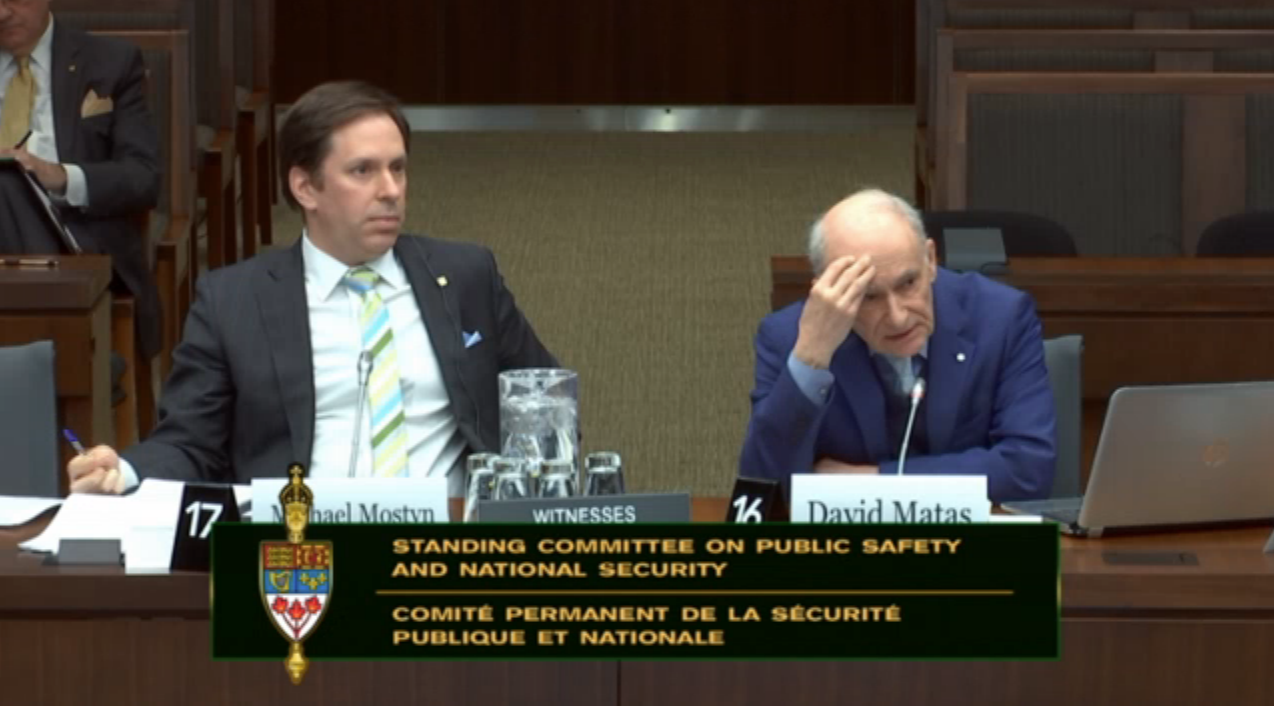 Mostyn and Matas expressed concern about the proposed removal of Section 83.221(1) the Criminal Code, which currently prohibits advocating or promoting the commission of terrorism offences. Bill C-59, as it stands, would replace this with a narrower ban on “counseling” acts of terrorism.

"We accept that the right to freedom of expression is an important consideration," Mostyn said. "But the right of potential victims to be free from terrorism and the threat of terrorism must be the greater priority."

"We accept that the right to freedom of expression is an important consideration but the right to be free from terrorism must be the greater priority." - @bnaibrithcanada CEO @MichaelMostyn testifying on Bill C-59 #cdnpoli

The Minister of Public Safety and Emergency Preparedness, the Honourable Ralph Goodale, has noted that no prosecutions have been brought under Section 83.221(1) since its introduction in 2015. B’nai Brith shares this concern, but believes that the correct approach is to learn from Canada’s global anti-terrorism partners, and to give law enforcement the training and tools necessary to enforce this critical provision, rather than abolishing it.

"The Minister has identified a real problem - failure of prosecutions under the existing law despite the multiplicity of apparent violations... The prosecution of incitement to terrorism, within Crown investigation and prosecution offices, needs to be given a higher priority. There needs to be more resources, more expertise, and more training," Matas explained.

Full copies of B’nai Brith’s testimony before the Standing Committee can be made available upon request.

David Matas Michael Mostyn Bill C-59 Standing Committee on Public Safety and National Security
Published : Feb 08, 2018
Do you like this post?
Tweet
Have you experienced antisemitism, racism or discrimination? Report an Incident