Earlier this week, a report by American watchdog group Canary Mission revealed that dozens of students at the Hamilton school used platforms like Twitter to praise Hitler and spread hatred against members of the Jewish community.

B’nai Brith had filed complaints about some of these individuals with McMaster as early as June, but the university declined to investigate.

Most of the implicated students are or were members of McMaster SPHR. 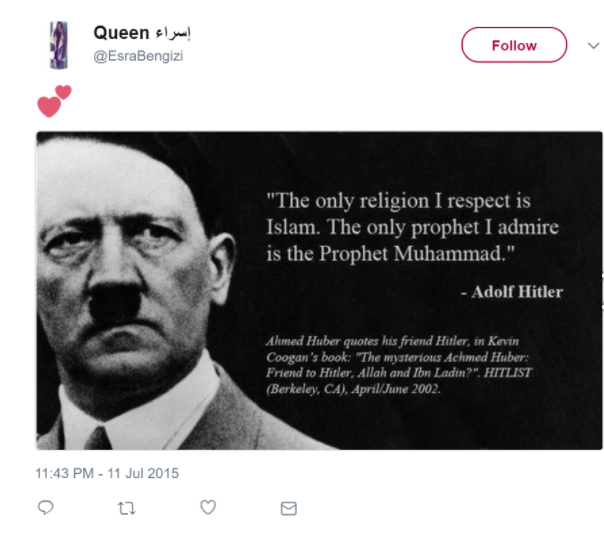 Lina Assi, the group’s president, is an avid supporter of the Popular Front for the Liberation of Palestine (PFLP), a banned terrorist organization in Canada. Under her leadership, SPHR distributed pro-PFLP materials during its annual “Israeli Apartheid Week” in 2016.

Nour Hani Ali, who ran unsuccessfully against Assi for president, posted, “Hitler’s first love was a Jewish girl..that explains a lot.” Rawan Qaddoura, a fellow candidate, wrote, “Everytime I read about Hitler, I fall in love all over again” and, “The whole world is controlled by Zionist Jews and until you understand that, life will never make sense.”

“McMaster’s inaction on this file for several months is unacceptable,” said Michael Mostyn, Chief Executive Officer of B’nai Brith Canada. “Again and again, we have seen that many campus anti-Israel activists are motivated by much deeper and more grotesque antisemitic impulses.”

If you agree that there is no place for the admiration of Hitler or Palestinian terrorist groups on Canadian university campus, please email: