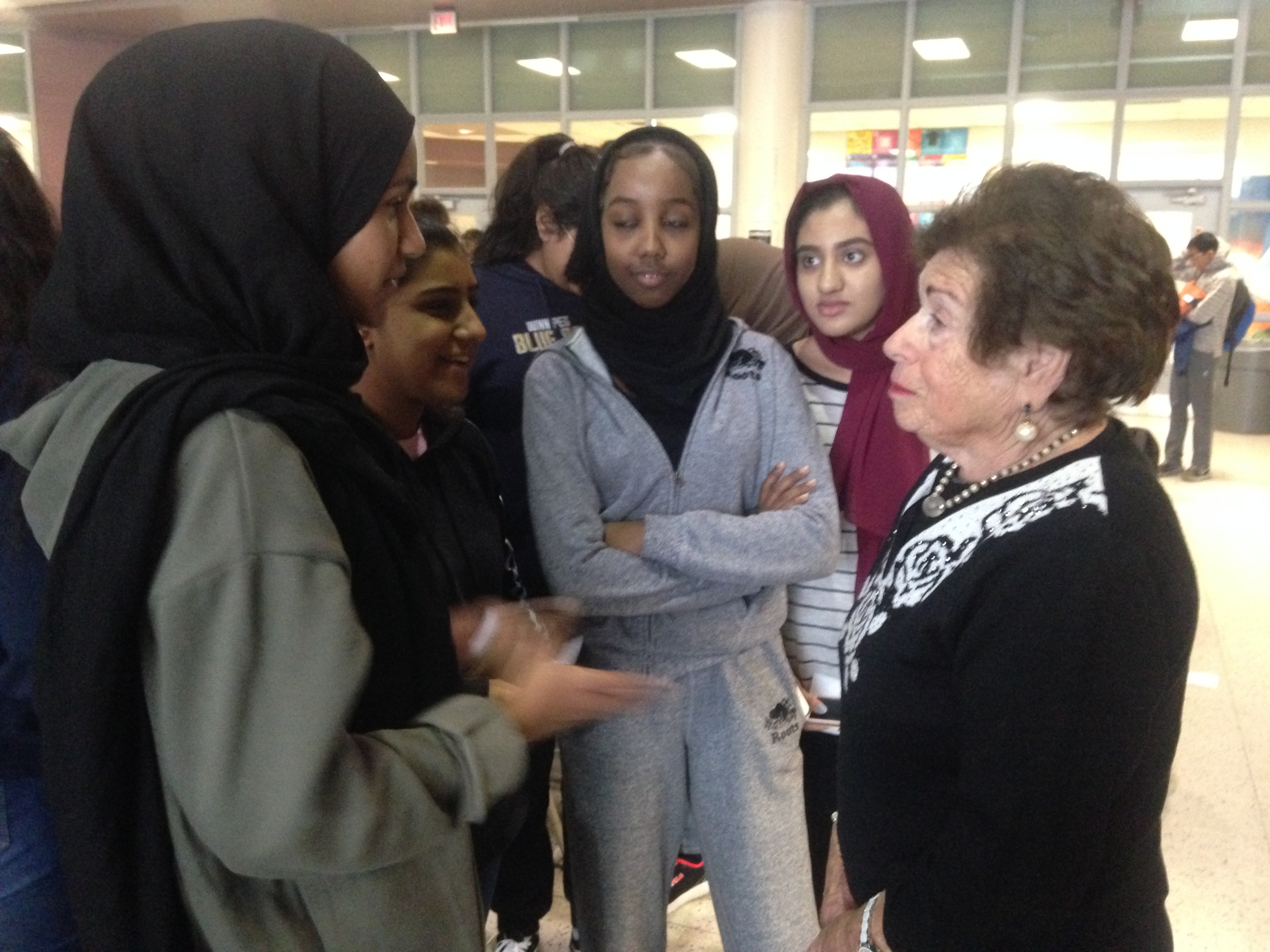 Middlefield Collegiate Institute in Markham today is a long ways away from the Warsaw Ghetto and Madjanek concentration camp of World War II.

But on the morning of Tuesday Nov. 14, 2017, these two worlds came together as more than 300 students from the Ontario high school gathered to listen to Holocaust survivor Irene Kurtz.

Organized by B'nai Brith Canada, where Kurtz often participates in its daily seniors' outreach program, the event was scheduled to coincide with the Ontario public high school curriculum's focus on Holocaust education in the classroom.

For many students, this was the first time in their lives they had the opportunity to hear from a Holocaust survivor. As one teacher noted, he never even had a Jewish student in his 17 years of teaching at the Markham high school.

When Robin Grossman, B’nai Brith Canada's Holocaust Education program coordinator, asked students how many of them had heard of or learned about the Holocaust, only half of the students in attendance raised their arms.

For at least half an hour, Kurtz valiantly recounted the unspeakable horrors she experienced during the Holocaust. She delved into detail the one-too-many life or death incidents she faced while living in the Warsaw Ghetto, to surviving the terrors of the Madjanek and Skarzysko concentration camps. Kurtz was liberated by Soviet troops and worked in Poland before making her way to Israel and eventually Canada.

She concluded her remarks with strong declarations to the students, telling them to always stand up for their rights, listen to their parents and value education.

Students and staff were undoubtedly moved. Following several audience questions, many stuck around and approached Kurtz for a one-on-one encounter, even ignoring bells announcing the start of classes. Each and every encounter began with an embracing hug from her. 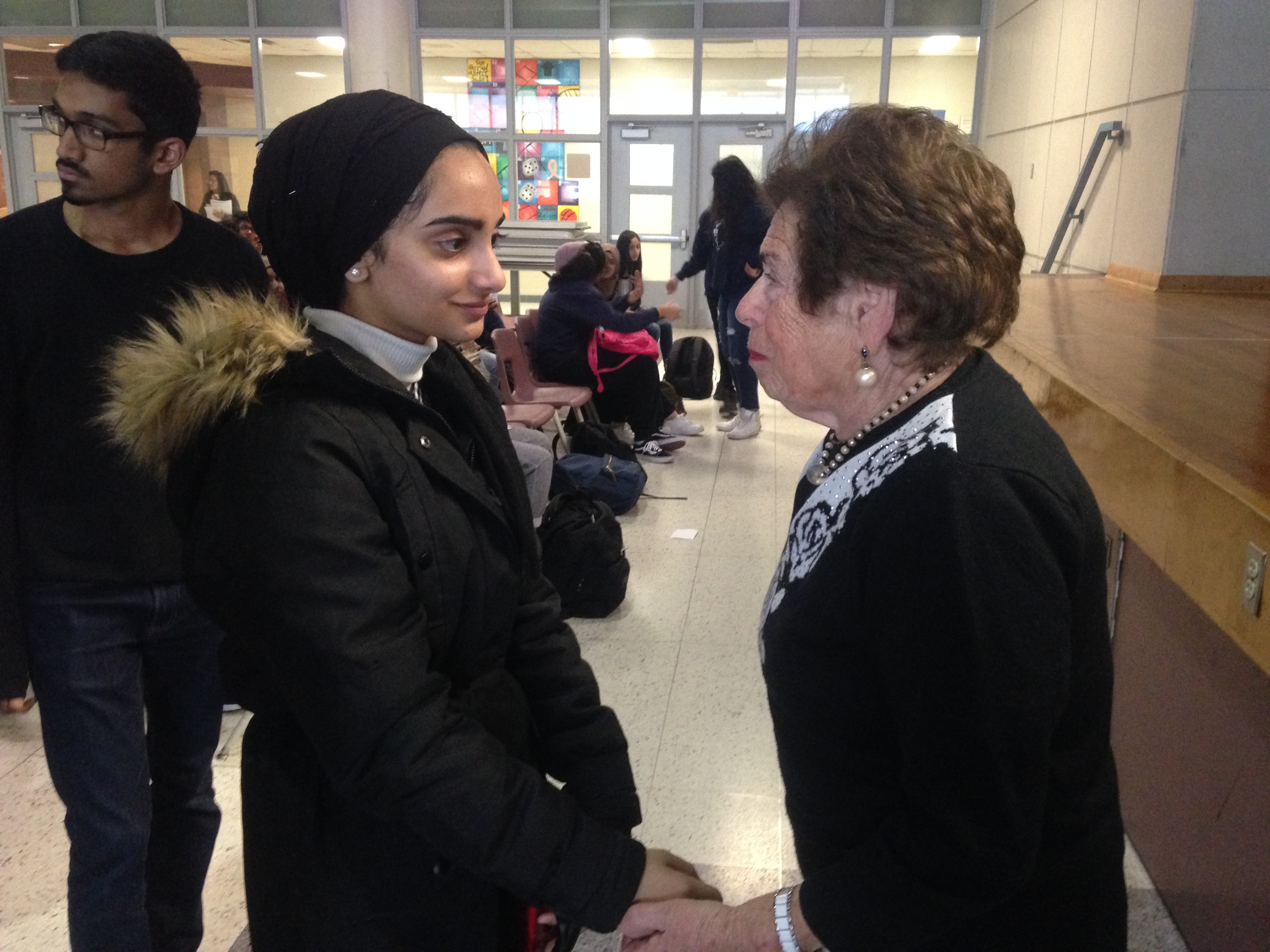 B’nai Brith is extremely thankful to the administration and staff of Middlefield CI for welcoming Irene Kurtz and sharing her experiences. In addition to B’nai Brith bringing Holocaust survivor Cantor Moshe Krauss to speak at Shaftesbury High School in Winnipeg in September, we hope to continue providing more opportunities to engage in Holocaust education opportunities with schools across the country.

For more information about B’nai Brith Canada’s Holocaust education initiatives, including requests to have Holocaust survivors speak at schools, please contact Robin Grossman at rgrossman@bnaibrith.ca or Amy Leifer at aleifer@bnaibrith.ca.