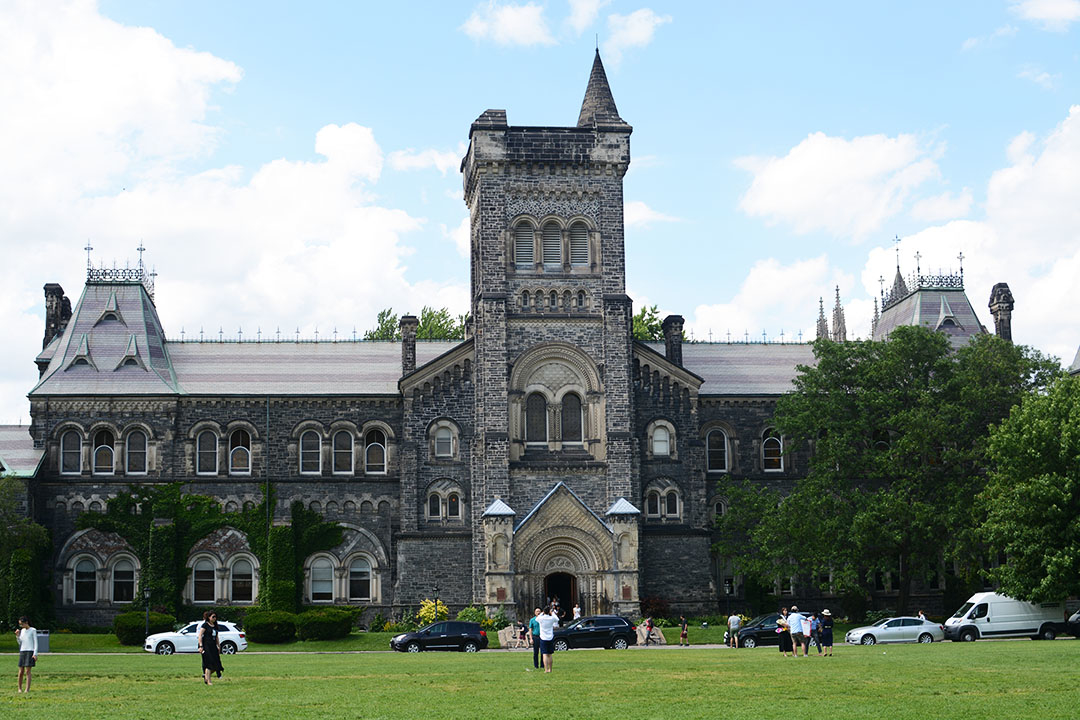 On Sunday, B'nai Brith exposed the U of T Graduate Students' Union (GSU) for refusing to support a drive to make kosher food accessible on campus because it was backed by Hillel, a group it complained was "pro-Israel." The union called support for the kosher food campaign contrary to "the will of the membership," in an apparent reference to its adoption of the antisemitic Boycott, Divestment and Sanctions movement in 2012.

B'nai Brith's exposé was met with an enormous outpouring of shock and concern over the appearance of this attitude on a Canadian university campus. B'nai Brith also received numerous messages from members of the Jewish community, the U of T campus community and beyond - with a universal sentiment of outrage at the GSU's positioning.

A group of U of T faculty members, led by Dr. Howard Tenenbaum, reached out to B'nai Brith seeking to work together in combating this alarming development. Subsequently, a letter from concerned U of T faculty members was sent to the administration to ensure the immediate availability of kosher food on campus.

Responding to overwhelming public pressure following B'nai Brith's release, the GSU apologized for "the harm that this response has caused," but sadly shirked any questions of the antisemitic nature of its stance and the effects of its BDS policy on Jewish students more broadly.

"As the only student union in Canada with a committee dedicated to promoting BDS, the U of T Graduate Students' Union has now exposed where antisemitic movements like this ultimately lead to," said Michael Mostyn, Chief Executive Officer of B'nai Brith Canada. "Would the GSU have apologized so quickly, even with an apology that completely fails to acknowledge the antisemitism inherent in its original response, but for the public uproar against this naked discrimination?

"Today's letter to the university administration by some of its leading professors asks the University of Toronto to 'follow the lead of the Canadian government...by adopting the International Holocaust Remembrance Alliance (IHRA) Working Definition of Antisemitism as a policy guideline for the university’s administration to identify, prevent, and counter antisemitism on campus whenever and wherever it arises.' Following such an obscene episode as this, now is the time for university administrations across the country to adopt the IHRA definition and ensure that their students are protected from antisemitism on campus."

Meanwhile, breaking stride with its graduate level counterpart, U of T's undergraduate student union has responded to the controversy by wholeheartedly embracing the efforts to ensure equal access to kosher food on campus.

Concerned faculty members wishing to add their names to this letter can reach out to communications@bnaibrith.ca. Members of the community who wish to lend their support to Jewish students in need of kosher food at U of T can reach out directly to U of T's president, Dr. Meric Gertler, at president@utoronto.ca.

antisemitism BDS campus U of T GSU kosher food Hillel
Published : Nov 19, 2019
Do you like this post?
Tweet
Have you experienced antisemitism, racism or discrimination? Report an Incident