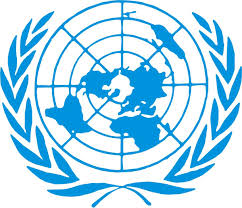 B’nai B’rith International decries the United Nations for moving to adopt yet another ten resolutions against Israel.

Members of the UN General Assembly met yesterday at the committee level to vote on several partisan resolutions claiming that the State of Israel violates the human rights of Palestinians.

One resolution mirrors two that UNESCO (the United Nations Educational, Scientific and Cultural Organization) passed in October. This motion ignores Jewish ties to the Temple Mount and refers to the historic holy site by its Arabic name, “Haram Al-Sharif.”

Using Arabic names, while omitting traditional Jewish ones, is an attempt to reclassify the Temple Mount as a primarily Islamic site and to erase the historical Jewish connection to it.

B’nai B’rith has actively advocated against such offensive politicization as the United Nations and its various offshoots have been exploited to deny Jewish historical ties to holy sites in Jerusalem and elsewhere in Jews’ ancestral homeland. The UN, once again, has singled out the only democratic nation in the Middle East for vilification, and these resolutions are part of a larger movement to delegitimize or isolate the Jewish state.