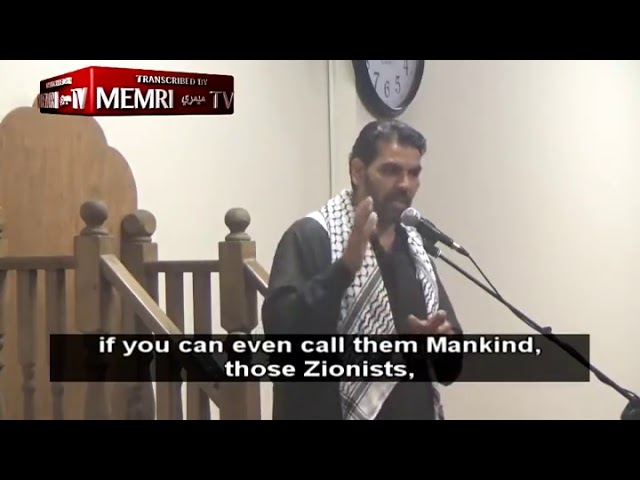 In an email sent to B’nai Brith supporters on Thursday, the Premier’s Office confirmed it had rescinded the certificate bestowed upon Tarek Ramadan, while adding, “We strongly condemn any racist, antisemitic, homophobic or discriminatory language.” The email further asserted that the Premier’s Office was unaware of Ramadan’s “concerning statements” before issuing the certificate and reiterated a previous claim that Ramadan had also “received certificates from previous governments in past years.”

B’nai Brith first publicly called on the Premier to rescind the certificate on May 16, noting that Ramadan was exploiting the governmental plaudits to vindicate his chants against “malevolent Jews” and insistence that “all of Palestine should only be in the custody of the Muslims.”

On Tuesday, B’nai Brith exposed further antisemitism and homophobia on Ramadan’s part and called on its followers to contact the Premier’s Office. Ramadan had publicly posted, then later deleted, a video on Facebook that accuses the Jewish Rothschild family of controlling the world’s banks and media, while justifying the Holocaust on the basis that “the Jews sold Germany down the river.”

A firebrand #Vancouver imam recently lauded by B.C. Premier @jjhorgan has doubled down on his antisemitic and homophobic rhetoric just days after the Premier’s Office refused to withdraw its letter of recognition, B'nai Brith Canada has learned. 1/2 https://t.co/X2OBWLzpD1

“We are relieved that the Premier’s Office has finally done the right thing,” said Michael Mostyn, Chief Executive Officer of B’nai Brith Canada. “No one who has been exposed as a hatemonger should receive recognition from a high government official in any province.

“We look forward to working with all parties in B.C. and across the country to prevent similar situations from arising in the future.”

The Muslim Association of Canada, which runs the mosque where Ramadan preached, described his conduct as “inappropriate” in a November 2017 statement.