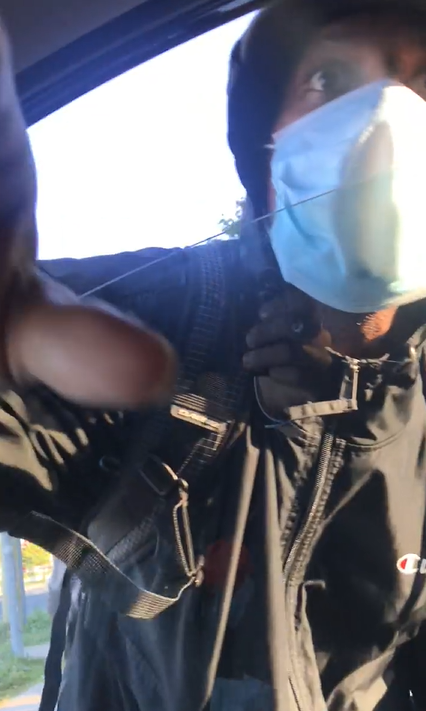 From Friday night to Sunday night, Jews across Canada and around the world marked Rosh Hashanah, the Jewish New Year, when members of the community pray for a better year ahead.

The trouble began just before the holiday started, when a man accosted a Jewish father and son outside a synagogue in Thornhill, a community north of Toronto with Canada’s largest concentration of Jewish residents. The man yelled, “You’re a piece of sh-t, you’re Jewish – you run the f-ckin world,” before approaching the victim’s car and attempting to stick his hand inside.

The victim filmed the latter part of the incident, and asked B’nai Brith to share it widely to help identify the perpetrator.

Two days later, as the holiday was ending, two private garage doors, also in Thornhill, were defaced with antisemitic graffiti reading “Jews Run the World” and “Jews Hate Blacks.” A nearby vehicle was also vandalized.

Meanwhile, in Ottawa, a prominent member of the local Jewish community reported that while praying at an outdoor service on Saturday, a man drove by, spat at worshippers and called them “dirty f-cking Jews.”

“These appalling incidents have struck a chord with the Jewish community at what is already a challenging time for many,” said Michael Mostyn, Chief Executive Officer of B’nai Brith Canada. “We call on anyone else who has been victimized to come forward and report such incidents to us and local police, to help ensure that the perpetrators face consequences.”

Ironically, these events took place when fewer Canadian Jews than usual were out in public for the holiday, as many synagogues cancelled in-person services in light of the ongoing pandemic.

B’nai Brith has previously noted a rise in antisemitism associated with the COVID-19 pandemic, and this after its 2019 Annual Audit of Antisemitic Incidents already recorded 2,207 incidents last year — a grim new record.

If you've been the victim of antisemitism, please CLICK HERE to report your experience.