Antisemitism Is Not Just a Jewish Issue 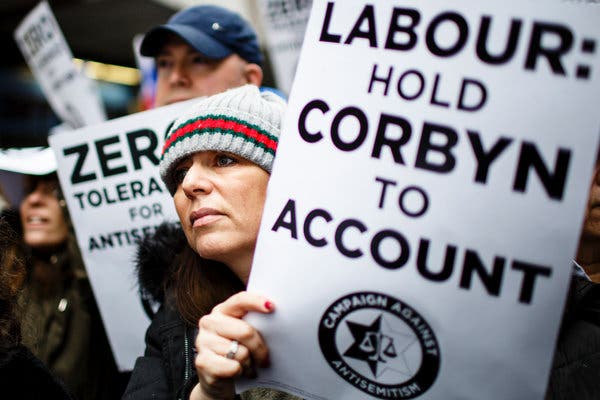 “Antisemitism is the form of appearance of anti-democratic politics, not far away but here, not only concerning Jews but concerning us all.”

Antisemitism, the world’s oldest and most durable hatred, is staging a spectacular comeback.

After the Holocaust, many hoped that this formidable and persistent evil would finally disappear. It had become a universal symbol of the greatest devastation ever visited upon humanity.

Unfortunately, that hope has not come to pass. This ugly force is now reasserting itself in ways that are potentially even more dangerous and destructive than ever. This modern resurgence, referred to by experts as the “perfect storm”, is a rare combination of circumstances and negative factors arising all at once from the political Far Right, the political Far Left, radical Islamists, and extremist “Jewish” anti-Zionist organizations. Jews, as they have often been throughout history, are being viewed as the ideal scapegoats for many of our current societal problems ranging from economic difficulties, to unemployment, to immigration concerns, to foreign policy conflicts, and even to climate change. What’s more, we are currently witnessing the resurfacing of pernicious, age-old conspiracy theories that are successfully gaining momentum in spreading antisemitic myths all over the internet, and especially on social media.

Addressing antisemitism is challenging because it is constantly changing, evolving, and adapting to suit the day’s social and political trends.

While Jews represent only 0.2% of the world's population, we are the minority group targeted with the highest number of hate crimes. In Canada, 2,041 incidents of antisemitism were recorded this past year, an increase of 16.5% from the previous year, as shown in the 2018 Annual Audit of Antisemitic Incidents, produced by B’nai Brith Canada’s advocacy arm, the League for Human Rights.

Why is it so important that we all understand this issue? Why is it so significant that all of us, Jews and non-Jews alike, should care deeply about this developing situation?

Following the Holocaust, the Jewish community adopted the saying “Never Again” to signify the end of Jewish victimhood and death at the hands of our oppressors. Heeding these powerful words, many of us constantly commit ourselves to fighting intolerance and bigotry on the individual and civic levels, whether online or in our everyday lives. We also have many dedicated and effective advocacy organizations in our community, such as B’nai Brith Canada, which are working hard to keep us safe and to track, document, and push back against any elements of hatred in our society.

However, it is not enough for Jewish people alone to fight this hatred. All good people who value the freedoms and values of a robust, healthy democratic society must fight this hatred as well. Deborah Lipstadt, a world-renowned Holocaust historian and Professor of History at Emory University, said it best in an interview with TVO’s Steve Paikin last March:

“If you’re going to fight antisemitism, don't fight just because you have a Jewish neighbor or Jewish friends and you don’t want them to be hurt or to live in fear.  That’s good but that’s not the reason. Or, if you’re going to fight antisemitism just because you hate prejudice against all minorities, religious, ethnic or whatever it might be, that’s a good thing but that's not sufficient. The reason to fight antisemitism is that it poses a danger to the democratic societies in which we live. No healthy democratic society can harbor that kind of animus, that kind of hatred and be called a healthy society.”

When antisemitism erupts, it erodes the fundamental democratic freedoms of a portion of society’s population, namely the Jewish community. This group’s freedom of thought, opinion, expression, and religious belief all become at risk of crumbling. In practical terms, the fear experienced by Jews causes them to question certain basic assumptions about the supposed safety that comes from living in a democracy—such as the ability to freely and safely attend religious services at synagogues, to speak openly about their cultural identity, and to wear religious symbols or clothing. Today, in many parts of Europe and on a regular basis in New York City, one risks being physically attacked when outwardly identifying as Jewish.

As citizens committed to a free and democratic society, what we need to understand is that once one form of discrimination becomes acceptable, other forms ultimately follow. Once a democracy fails to protect its promises to one group, there is nothing to stop it from doing the same towards other groups as well. If we want to protect the open, diverse, and vibrant societies in which we live, we must actively oppose antisemitism and all forms of bigotry before they rip apart our social and civic fabrics, inevitably leading to unrest and violence.

Most citizens of Western democratic countries have great respect and gratitude for the societies in which they live. Most of us also hope to preserve the system of government that provides human beings with tremendous freedoms, standards of living, happiness, and health. We, especially Canadians, believe in building a sense of solidarity and tolerance, as well as respect for diversity and the ability to live peacefully together as active, equal citizens. However, we are living in a time of flux where we can’t take our free societies for granted. We need to actively work to protect our fragile and precious democracies.

That's why we all need to stand together against bigotry any time it emerges from its dark corners and attempts to position itself into the mainstream. Antisemitism is always a warning sign, the proverbial “canary in the coal mine” which history has repeatedly taught us signals the impending decay of democracy’s fundamental principles. We must all take an active part in ensuring that, in our country, we will never let that happen.