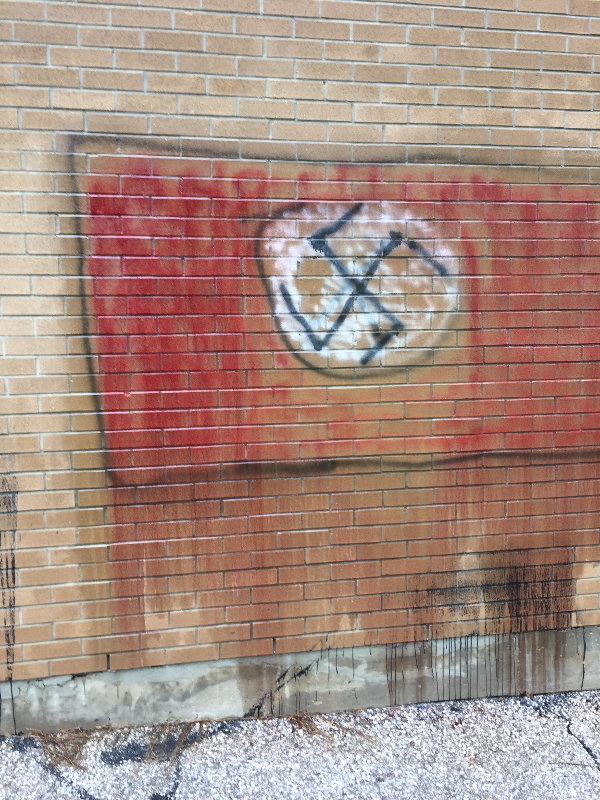 TORONTO -  "Jews did 9/11."
That was one of the appalling, antisemitic graffiti messages scrawled this week onto the wall of a York Region high school north of Toronto.

There was also a swastika drawn in place of a maple leaf on a Canadian flag.

B'nai Brith Canada learned of the grafitti following a call to its 24/7 Anti-Hate Hotline. The caller also sent B'nai Brith photos of the graffiti. The messages, which appeared at Woodbridge College High School in Vaughan on Thurs., June 29, were removed swiftly by York Regional Police and school officials -- before a graduation ceremony that was scheduled to take place in the evening.

"Our services take this very seriously," York Region Detective Constable Mark Topping told B'nai Brith, "and we have initiatives under way to address these concerns over mischief and hate graffiti."

Also discovered at the Woodbridge College High School were racial slurs, images of genitalia and other disturbing images. 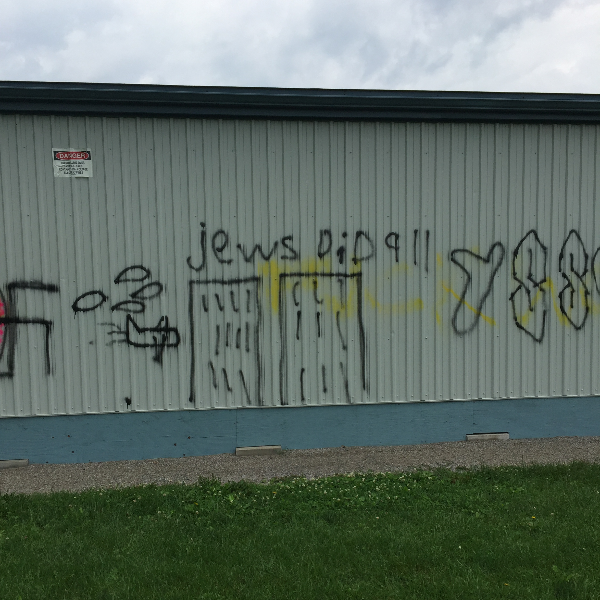 "We have had some first-rate meetings with York Regional Police and we will continue to work closely with them to help ensure deplorable incidents like these are treated with the seriousness they deserve.  This disgusting act of antisemitism and racism could have spoiled a graduation ceremony at the school, right before Canada's 150th birthday, but York Regional Police ensured that the events would go on smoothly without any trace of the loathsome vandalism that took place."

To report an antisemitic or racist incident, please visit bnaibrith.ca/report.