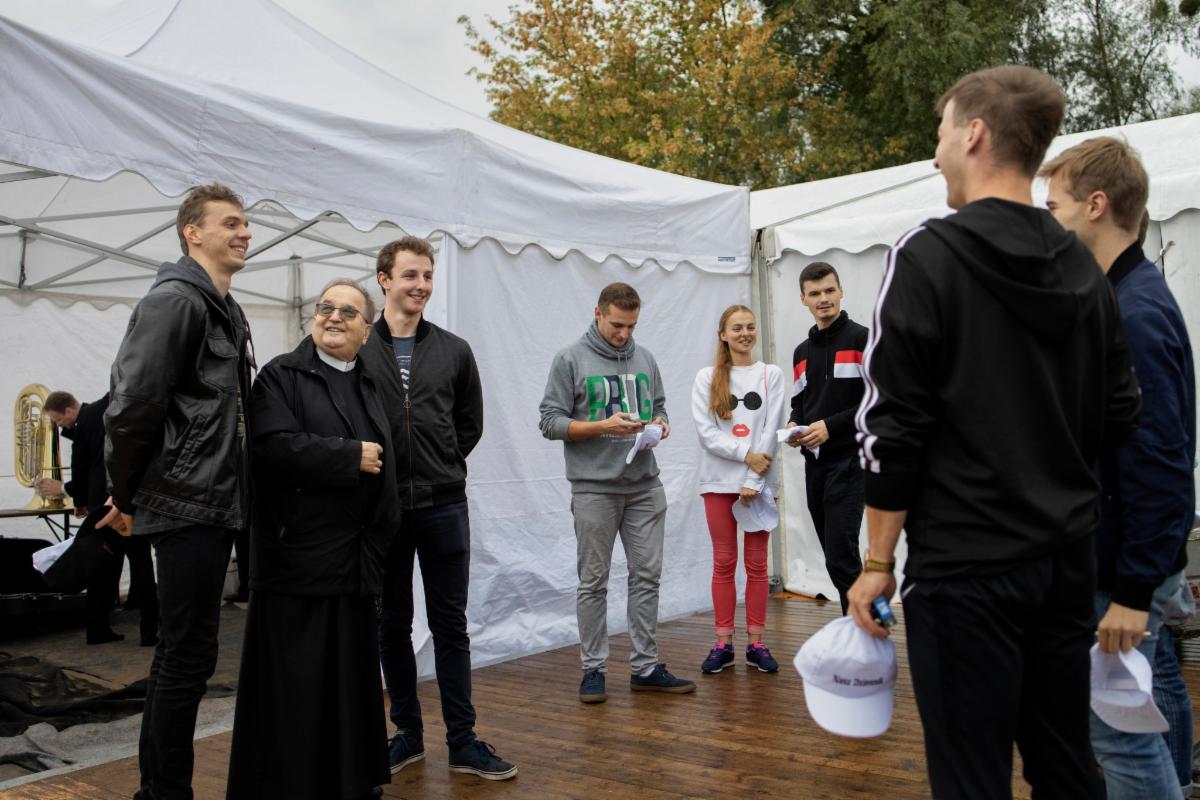 An image of Fr. Rydzyk, second from left, at an event in Poland (New York Times)

EDMONTON – A figure with a long history of inciting hatred has been denied a platform in Canada following community and B’nai Brith Canada advocacy.

Following fruitful discussions between B'nai Brith Alberta Public Affairs Manager Abe Silverman and the Archdiosese of Edmonton, the latter has barred Father Tadeusz Rydzyk, head of the controversial Radio Maryja radio station in Poland, from visiting the Archdiocese of Edmonton and affiliated parishes in the future, due to his station's longstanding promulgation of highly discriminatory and inflammatory content.

Radio Maryja has long been known for its frequent antisemitic and homophobic content. According to the ADL, it was sanctioned in 2016 by Poland’s State Council of Radio and Television for alleging that United States Senators of Jewish heritage were critical of the Polish government because of their Jewish identity.

In that same year, a regular commentator to the radio station, Stanisław Michalkiewicz, blamed Jews for a series of social ills allegedly impacting Polish society, referring to “the mischievous Jews.” Meanwhile, Fr. Rydzyk himself on a separate occasion condemned what he referred to as “synagogue-type behaviour.”

Rydzyk has the dubious honour of being rebuked by two separate Popes for his extremism, by both Pope John Paul II and subsequently by Pope Benedict XVI.

Rydzyk had been visiting Canada to fundraise for his media enterprise in Poland. In 2018, when it became public that he was scheduled to speak at Calgary’s Our Lady Queen of Peace Parish, it was former Alberta Deputy Premier, Thomas Lukaszuk, who sounded the alarm.

“I commend Archbishop Smith for his leadership in opposing xenophobia and barring Fr. Rydzyk, and I hope that all other Canadian archdioceses will follow this example,” Lukaszuk said. “The messages of hate and division disseminated by Rydzyk and his Radio Maryja have no place in our Catholic and Polish-Canadian communities. They don’t reflect our shared values and must be opposed.”

“We appreciate the cooperation of the Archdiocese of Edmonton in preventing Rydzyk from visiting the Archdiocese from this point forward,” said Michael Mostyn, Chief Executive Officer of B’nai Brith Canada. “The more we all stand together against those who seek to foment division, xenophobia and suspicion, the better we can collectively enjoy peace and inclusivity.”