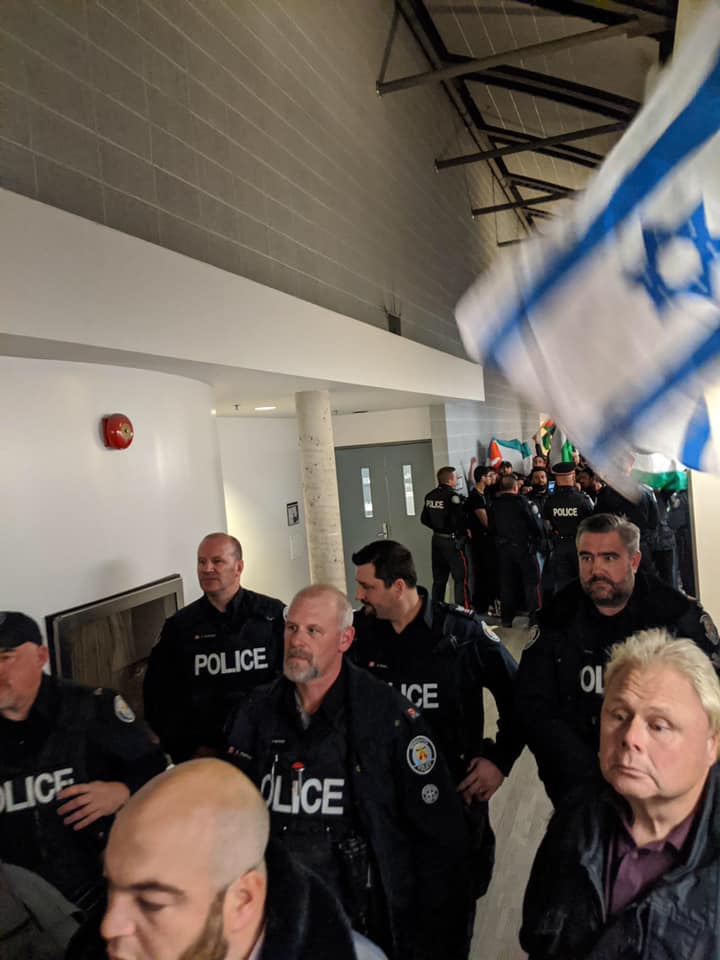 November 20, 2019
B'nai Brith Canada
TORONTO – An attempt to shut down a pro-Israel event on a Toronto university campus has failed.

Members of Reservists on Duty, an organization that tours North American campuses “to speak with knowledge and confidence on behalf of Israel,” were hosted by Herut Canada at York University's main campus on Wednesday evening. Earlier in the week, posters appeared all over the campus urging "No Israeli soldiers on our campus!" - leading to security concerns ahead of the scheduled event.

Officers of the Toronto Police Service and private security personnel were on hand to enable attendees to enter the event, despite the best efforts of protesters outside to block them.

Among the protesters present was Holocaust-denying newspaper editor Nazih Khatatba, who glorified a 2014 massacre at a Jerusalem synagogue and has described Judaism as a “terrorist religion.”

At one point, police were forced to intervene to prevent physical violence and injury.

“The Toronto Police Service and York University should be commended for ensuring that this event could be safely held,” said Michael Mostyn, Chief Executive Officer of B’nai Brith Canada. “Enraged mobs cannot be allowed to prevent lawful and peaceful gatherings from taking place on campus.

“Further investigation is required into how a registered student group was permitted to glorify terrorism and attempt to intimidate those peacefully assembling on campus. There must be consequences for violent behaviour.”

In recent years, anti-Israel mobs have repeatedly attempted to disrupt pro-Israel events on university campuses, with varying degrees of success. In 2002, rioters at Montreal’s Concordia University kicked a Holocaust survivor in the groin, smashed windows and ultimately prevented an appearance by then-Israeli Opposition Leader Benjamin Netanyahu.