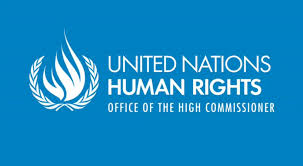 On July 4, it was reported that Amnesty International and Human Rights Watch issued a joint statement calling for Saudi Arabia to be suspended from United Nations Human Rights Council (UNHRC).

In their joint statement, Amnesty International and Human Rights Watch stated “The credibility of the UN Human Rights Council is at stake. Since joining the Council, Saudi Arabia’s dire human rights record at home has continued to deteriorate and the coalition it leads has unlawfully killed and injured thousands of civilians in the conflict in Yemen. To allow it to remain an active member of the Council, where it has used this position to shield itself from accountability for possible war crimes, smacks of deep hypocrisy. It would bring the world’s top human rights body into disrepute.”

David Matas, the highly regarded human rights lawyer and B’nai Brith’s senior legal counsel recently commented “If the NGOs had paid more attention to the integrity and effective functioning of the Council when Israel was under attack, they might not have to wring their hands about its malfunctioning, when it comes to Saudi Arabia, today.”