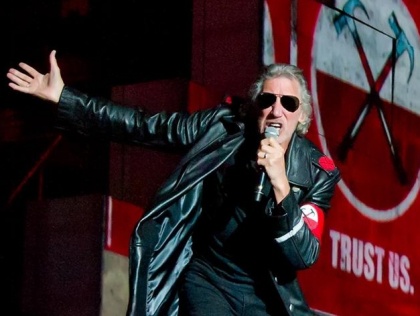 According to Page Six, an American Express spokesperson said, “Roger is putting on a huge show. The company was asked to sponsor his tour for $4 million, but pulled out because it did not want to be part of his anti-Israel rhetoric.”

It is, however, disappointing that Citigroup bank has since partnered with Waters as a replacement.

UPDATE (Monday October 31): According to Israellycool, Citi is NOT sponsoring the tour.

Waters has openly declared, even at his concerts, a staunch hatred of the Jewish state and support of the boycott, divestment and sanctions (BDS) movement against Israel. During a recent show in California, Waters didn’t mince words when telling the crowd about his love for the BDS movement.

“I’m going to send out all of my most heartfelt love and support to all those young people on the campuses of the universities of California who are standing up for their brothers and sisters in Palestine and supporting the BDS movement,” he said, “in the hope that we may encourage the government of Israel to end the occupation.”

That show, which was a part of the Desert Trip music festival that included Paul McCartney, the Rolling Stones, The Who, Bob Dylan and Neil Young, included American Express as one of its sponsors. 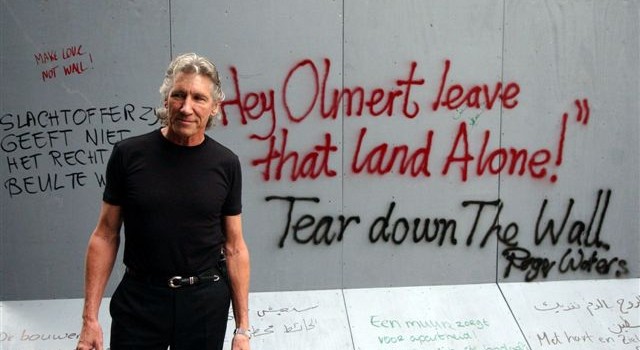 Here are some more bricks in Waters’ wall of demagoguery towards Israel:

On artists who perform in Israel:

“My industry has been particularly recalcitrant in even raising a voice (against Israel) . . . I’ve talked to a lot of them, and they are scared s--tless. If they say something in public, they will no longer have a career. They will be destroyed.”

“The situation in Israel/ Palestine, with the occupation, the ethnic cleansing and the systematic racist apartheid Israeli regime is unacceptable.”

On comparing Israel to Nazi Germany:

“The parallels with what went on in the 30’s in Germany are so crushingly obvious that it doesn’t surprise me.”

On the threat of Iran and the Israel/Palestinian peace process:

“It’s like a huge bucket of crap that they are pouring into the mouth of a gullible public in my view, when they say “we are afraid of Iran, it is going to get nuclear weapons…”. It’s a diversionary tactic. The lie that they have told for the last 20 years is “Oh, we want to make peace”, you know and they talk about Clinton and Arafat and Barak being in Camp David and that they came very close to agreeing, and the story that they sold was “Oh Arafat f---ed it all up”. Well, no, he did not. This is not the story… They’ve always had the Ben Gurion agenda of kicking all the Arabs out of the country and becoming greater Israel.”