TORONTO/INDIANAPOLIS – For the first time in its 104-year history, international Jewish fraternity Alpha Epsilon Pi (AEPi) has chosen a Canadian charity – B'nai Brith Canada – as one of its philanthropic partners.

AEPi has pledged to raise $25,000 for B’nai Brith Canada's ongoing human rights and community-care initiatives during the coming school year.

“B’nai Brith Canada is a leader in combatting racism and antisemitism in Canada, and we look forward to working closely on these important issues," said Andrew Borans, Executive Director of AEPi. "Unfortunately, antisemitism is a reality on Canadian campuses, and whenever it strikes, our first call will be to B’nai Brith’s 24/7 Anti-Hate Hotline. We thank B'nai Brith Canada in advance for its efforts in supporting our Jewish students on campus this year.”
AEPi will also volunteer in B’nai Brith Canada’s many charitable initiatives, including affordable housing, seniors programming, food donation programs and its ongoing battle to eradicate all forms of hatred on Canadian university and college campuses.
AEPi has a total of 186 active chapters worldwide, including 16 in Canada. For many years, there has been a close association between members of AEPi and B'nai Brith Canada. AEPi alumni regularly participate in B'nai Brith Canada's sports leagues, and many senior leaders of B'nai Brith Canada are AEPi alumnus as well.
“We are proud to partner with AEPi, which develops some of the strongest advocates for Israel and the Jewish community as well as the future leaders of tomorrow,” said Michael Mostyn, Chief Executive Officer of B'nai Brith Canada. “Both AEPi and B'nai Brith espouse strong and principled goals of promoting Jewish unity and continuity. We are excited to work together to accomplish these goals.”

Among the joint projects B'nai Brith Canada is planning with AEPi will be a visit to Parliament Hill in Ottawa designed to allow elected officials to hear first-hand about campus antisemitism and its impact on Jewish students. 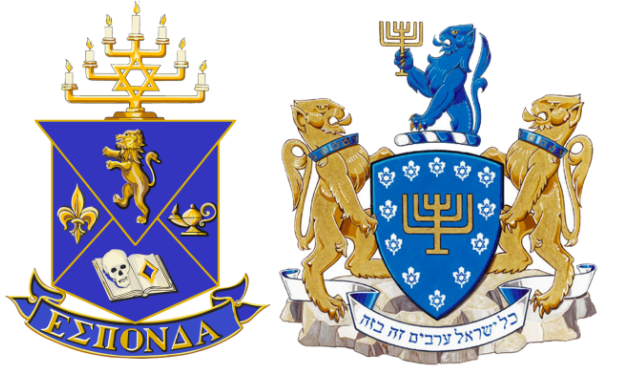