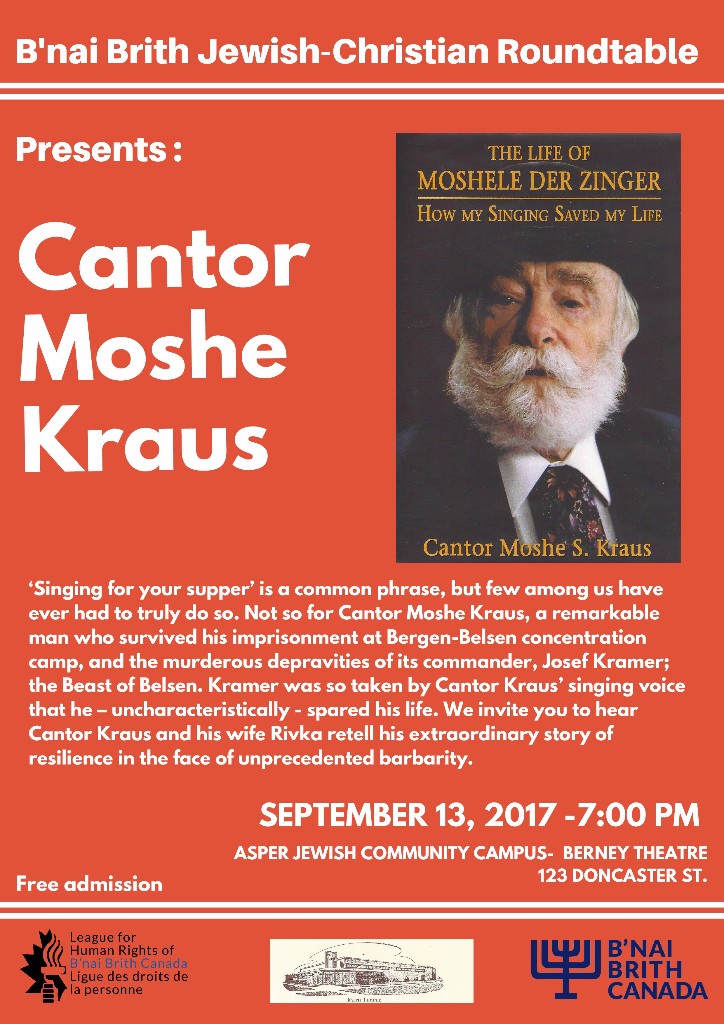 B’nai Brith Canada - Manitoba Region is proud to invite you to a meaningful event featuring renowned cantor and Holocaust survivor Moshe Kraus and his wife Rivka.

During the Holocaust, Cantor Kraus was able to survive the Bergen-Belsen concentration camp thanks to his precious voice. After the camp was liberated, he worked for the American Jewish Joint Distribution Committee and later moved to Israel to become the first chief cantor of the Israel Defence Forces (IDF) where he met his future wife.

Cantor Kraus served as the head cantor of Jewish communities in Antwerp, Johannesburg and Mexico City. He and his wife finally settled in Ottawa in the 1970s. In 2016, Cantor Kraus was honoured by the Canadian Society for Yad Vashem with an award created in his name.