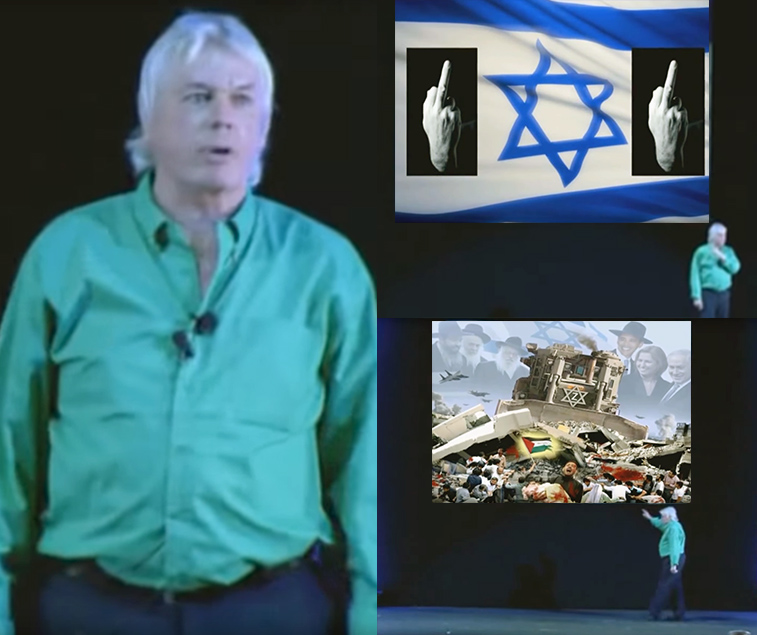 VANCOUVER – The City of Vancouver is providing space to British author and conspiracy theorist David Icke, who has a long history of promoting antisemitic tropes, despite recommendations to cancel the performance from the city’s own Civic Theatres Board after it was called to its attention by B’nai Brith Canada.

Icke's conspiracy theories rely heavily on antisemitism. He claims that the world is secretly dominated by so-called "Rothschild Zionists," which include many prominent Jews in the United States, Canada and the United Kingdom. Ironically, some of these figures, including American-Jewish philanthropist George Soros, are not Zionists at all, although all of them have Jewish heritage. Icke also accuses "Rothschild Zionists" of causing the 2008 financial crisis and staging the 9/11 terrorist attacks.

On Aug. 30, a manager at the City of Vancouver, writing on behalf of Mayor Gregor Roberston, notified B’nai Brith that Icke’s Sept. 2 performance at the city-owned Orpheum Theatre would go ahead as planned. This came after the Civic Theatres Board told B’nai Brith on Aug. 23 that Icke’s show should be cancelled, “rather than fan the flame of bigotry.”

"This is a deplorable and inexplicable decision," said Michael Mostyn, Chief Executive Officer of B'nai Brith Canada. "It is particularly galling in light of the fact that Icke’s bigoted routine violates the BC Human Rights Code, and that the city’s own Theatre Board correctly advised it to cancel the performance.

"It is important to remember that antisemitism doesn't always come dressed in swastika armbands and white hoods, like in Charlottesville. Hate-filled diatribes accusing Jews of controlling world governments and enslaving humanity have no place on public property, no matter who delivers them."

Icke’s antisemitic brand of paranoia has made him a darling of white supremacists and neo-Nazis. The Daily Stormer, a neo-Nazi website recently banned from Facebook, Reddit and other social media sites, has praised Icke for steering conspiracy theory enthusiasts toward what it calls “the Jewish problem.”

Icke had also been scheduled to perform at Toronto’s Queen Elizabeth Theatre on Aug. 26 and the Metro Toronto Convention Centre on Aug. 27, but these shows were cancelled following intervention by what he called "the Canadian Mafia." Two German venues also cancelled his shows due to concerns of antisemitism.