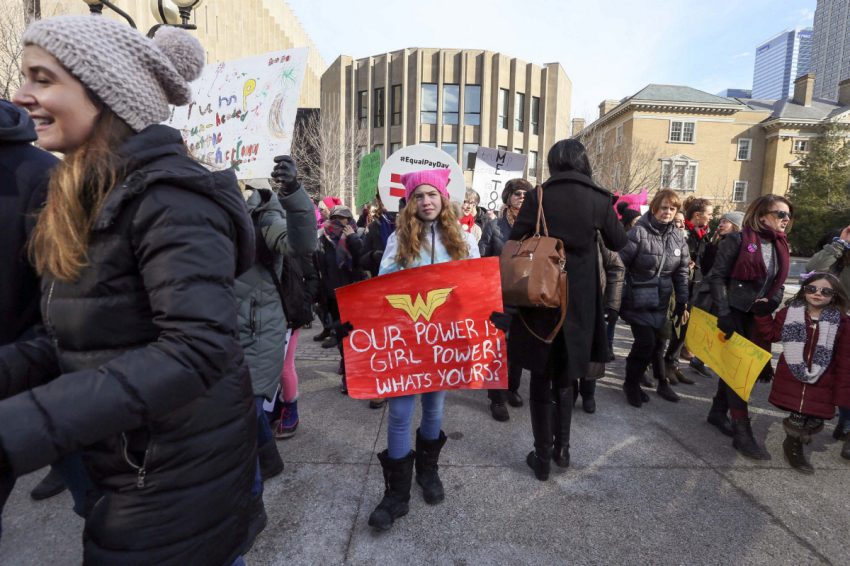 TORONTO – The Canadian branch of the Women’s March movement has strongly denounced Nation of Islam leader Louis Farrakhan, in stark contrast to its American counterpart.

In a statement issued Monday, Women’s March Canada said it “deeply condemn[s] statements from any person that seeks to divide with hatred or discrimination, including Louis Farrakhan,” adding that, “We cannot allow and will not allow antisemitic, homophobic, transphobic or misogynistic language to be a part of our dialogue.”

The Women’s March program in the United States has been roiled by controversy in recent weeks after Tamika Mallory, a leader of the movement, refused to distance herself from Farrakhan after endorsing him on social media and attending his events. Farrakhan has a long history of antisemitic hate-mongering, and just last month called Jews “the mother and father of apartheid” and claimed to have “pulled the cover off of that Satanic Jew.”

“The organizers of Women’s March Canada have shown leadership on this critical issue,” said Michael Mostyn, Chief Executive Officer of B’nai Brith Canada. “There must be room for women of all backgrounds, including Jewish and Israeli women, in the feminist movement.

“Tamika Mallory, Linda Sarsour and other American Women’s March activists should take note and emulate the good example set by their Canadian counterparts in rejecting bigotry.”

In February, the federal NDP attracted criticism for inviting Mallory to speak at its biennial convention in Ottawa, even after being informed of her support for Farrakhan.