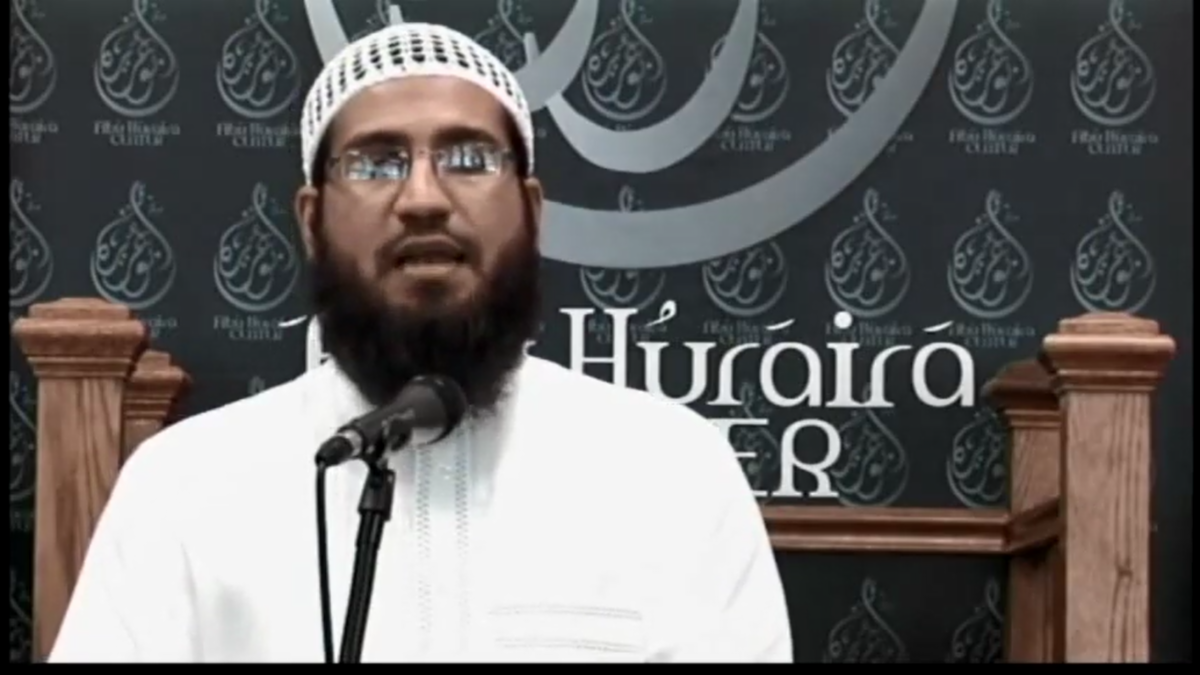 April 30, 2020
B'nai Brith Canada
TORONTO – B’nai Brith Canada has filed a complaint with Toronto Police after video recently surfaced of a local imam advocating the complete destruction of the Jews.

In a video posted to YouTube by Kamil Ahmad in August of 2014, and recently unearthed by the Jerusalem Center for Public Affairs, Ahmad calls on Allah to “deal with the Jews” and “destroy them completely.”

B’nai Brith has independently verified the translation of Ahmad’s words from the original Arabic.

The description of the video on YouTube notes that it was recorded at the Abu Huraira Center, a mosque in northern Toronto. Ahmad’s personal website identifies him as a Toronto-based assistant professor at the Islamic Online University, carrying degrees from the Islamic University of Madinah and Qassim University, both in Saudi Arabia.

In another sermon posted to YouTube a week earlier, Ahmad alleges that “most media outlets are controlled by the Jews” and are conspiring to produce pro-Israel coverage. That sermon was delivered at the al-Risalah Islamic Center, another Toronto mosque, according to the description of the video on YouTube. Kamil concludes this sermon by saying: “Allah, inflict your misery and disgrace upon the enemies and the Jews… Allah, destroy them completely.”

An article posted on Ahmad’s website identifies “the true nature of the Jews” as being “the severest in enmity toward the believers,” “violating agreements and treaties,” “initiating wars and causing mischief in the land,” displaying “extreme cowardice” and “killing prophets and scholars.” These same antisemitic canards were repeated in his sermon at the al-Risalah Islamic Center.

“The ongoing abuse of religious pulpits to spread hate against Canadian Jews cannot be allowed to continue,” said Michael Mostyn, Chief Executive Officer of B’nai Brith Canada. “These ugly incidents will occur again and again until someone is charged and prosecuted for doing so.

“There is no statute of limitations for indictable offences in Canada, and acts of this nature are so serious that they demand the judiciary’s full attention, even during a pandemic.”

Also in 2014, Montreal imam Sayyed al-Ghitawi twice led his congregants in a prayer to “destroy the accursed Jews.” Inexplicably, prosecutors failed to charge al-Ghitawi with any criminal offences.

In 2017, a Jordanian imam visiting Canada, Muhammad ibn Musa Al Nasr, was charged with wilful promotion of hatred after calling for Jews to be killed, but returned to Jordan before he could face justice. He then perished a few months later in a car accident in Saudi Arabia.