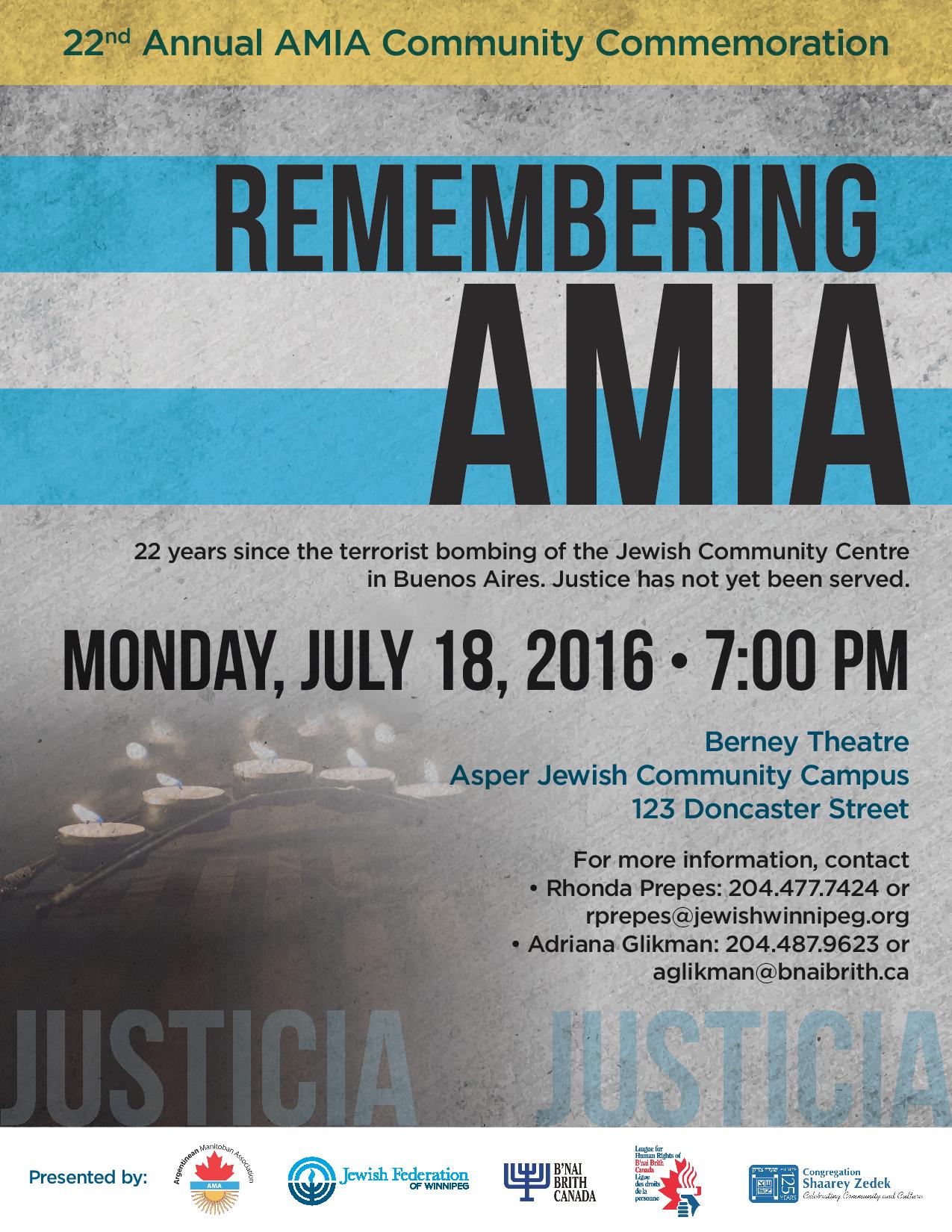 
Official investigations have been marred with decades of delay and corruption. In 2006, Argentine prosecutors Alberto Nisman and Marcelo Martínez formally accused the government of Iran and Hezbollah for carrying out the attack. In 2007, Interpol published a list of individuals accused for taking part in the terrorist attack, which included Imad Mughniyah, the former Islamic Jihad and Hezbollah leader. In an investigation jointly carried out by the FBI and Israel, 21 year old Ibrahim Hussein Berro of Hezbollah was named as the suicide bomber who carried out the attack.


Federal judge Juan José Galeano called for the arrest of local members of the Buenos Aires Provincial Police who were connected with the attack. A subsequent video showed him accepting bribes, which led to his impeachment in 2005. In 2012, then Argentine President Cristina Fernández de Kirchner announced to the United Nations General Assembly that Iran and Argentina would meet to discuss Iran’s involvement in the attacks, however, the former president has been highly criticized for misleading the public and delaying investigations. In 2015, Alberto Nisman was found shot dead in his home. Reports are still ongoing, however, Nisman allegedly uncovered evidence connecting the President and other Argentine government officials to the attacks. Hezbollah and Iran were also allegedly responsible for the 1992 Buenos Aires bombing on Israel’s Embassy, which left 29 civilians dead and and more than 200 wounded.


Home to a significant Argentine Jewish Community, B’nai Brith Canada Winnipeg’s office commemorates the AMIA attacks each year. On July 18 at 7:00 PM, B’nai Brith Canada will be hosting a memorial ceremony at the Asper Jewish Community Campus in Winnipeg, which will include a candle lighting ceremony and notable speakers. For more information, please contact Adriana Glikman at (204) 487-9623 or aglikman@bnaibrith.ca


Have you experienced antisemitism, racism or discrimination? Report an Incident