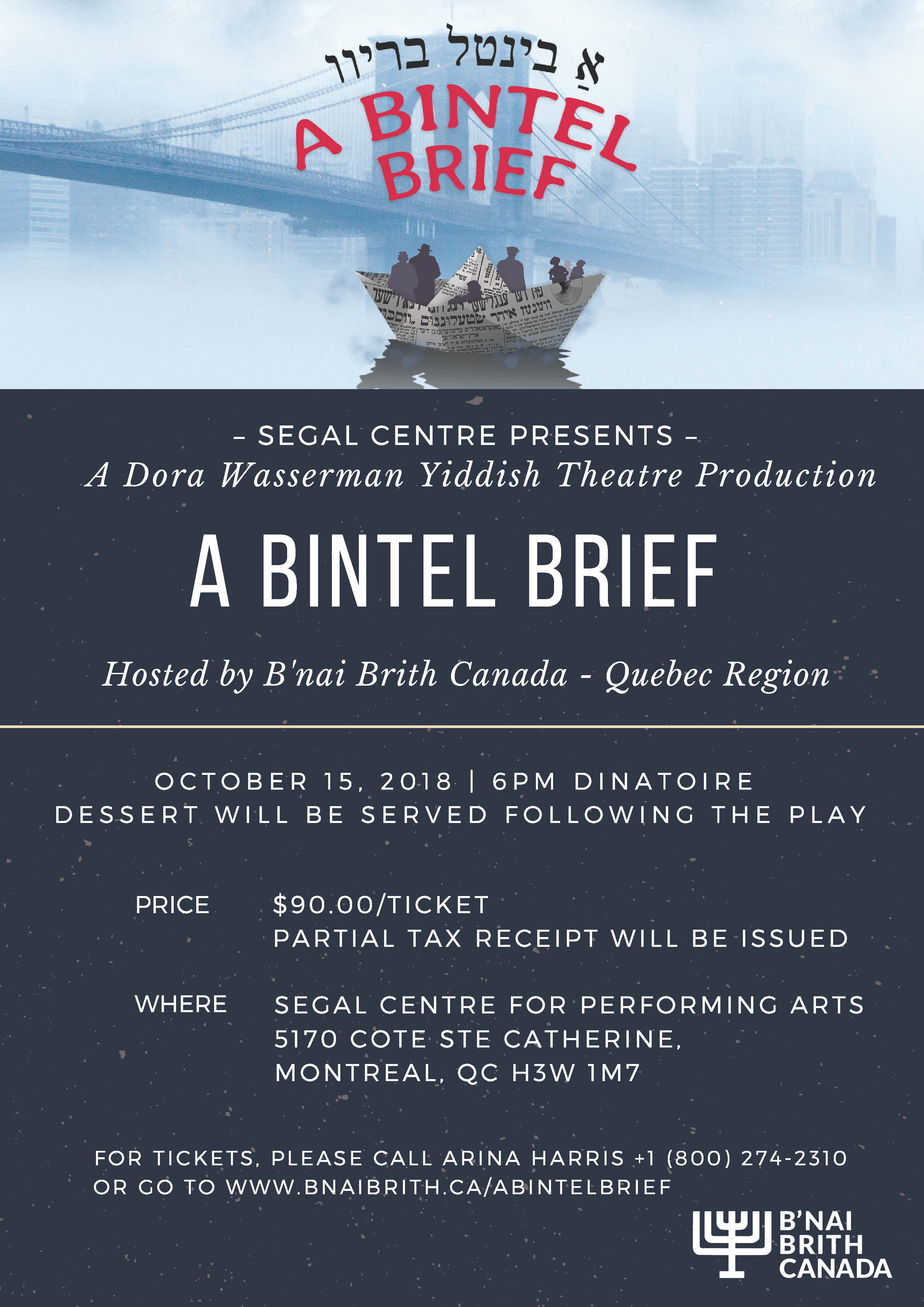 This production is presented in Yiddish with English and French supertitles

A Bintel Brief (“A Bundle of Letters”) is based on letters written by Jewish immigrants to the editor of the Yiddish newspaper, Forverts (The Jewish Daily Forward), in the early 20th century. From romantic quandaries, family quarrels, and the challenges of assimilation to the hardships, tragedies, and disillusionment they faced following their arrival in the New World, these letters reflect the daily realities of Eastern European Jewish immigrants adapting to their new lives in North America. Told through comedy, drama, and song, A Bintel Brief presents the true life stories of strangers in a new land and serves as a poignant reminder that the immigrant experience is universal and timeless.